Having a World Series Marriage 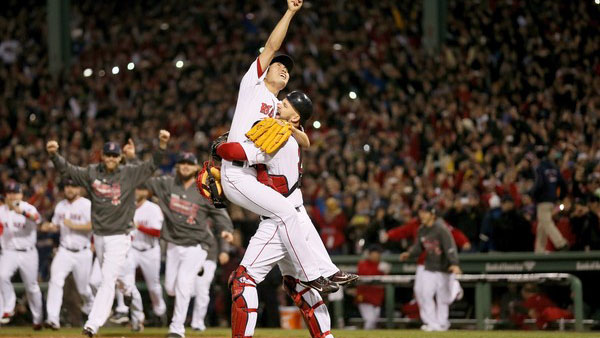 New York Times reported yesterday, “For much of the 20th century, the Boston Red Sox were a symbol of frustration and pain for an entire region…But for the first time since 1918, Boston was able to celebrate the victory at home, winning in front of an announced crowd of 38,447 at Fenway Park.”

Although I’m a NY Yankee fan, I could definitely understand the joy and elation as the Red Sox won yet another World Series title. Winning a World Series title anywhere would be great but winning at home in front of your home fans and in your ball-park (especially after 90+ years) is PRICELESS. Winning at home makes any athlete feel proud and the celebration is that much sweeter.

Like the Boston Red Sox, we too can win at home – in our marriage, family and relationships! While many fans are excited to celebrate with the Red Sox, I’m sure the team can tell of the countless failures between each World Series win at home: strike outs, no home run games, defeats and lonely rides home. Yet in the end, they finally won a Series at home.

I’m sure David Ortiz and other Red Sox players will let you know what got them to the World Series winning game was not simply the hope of winning or images of holding the trophy. What got them to the World Series and ultimately winners is Practice – Practice – Practice! Practicing week in and week out – throwing pitches, stealing bases, running drills, hitting ball after ball, etc.! All of us want to win whatever “World Series” we are playing for but it starts with practice and discipline.

In marriage and relationships, here are a few daily drills to run through as you practice your Journey for Life:

“I’ve been around superstars in this game,” Red Sox catcher David Ross said. “I’ve never been around a superstar [David Ortiz] who cares more about winning than he does.”

There is a David Ortiz in all of us trying to make marriage work. As long as we have the desire to win in our marriage more than anything and practice daily, we can all win our MARRIAGE WORLD SERIES!